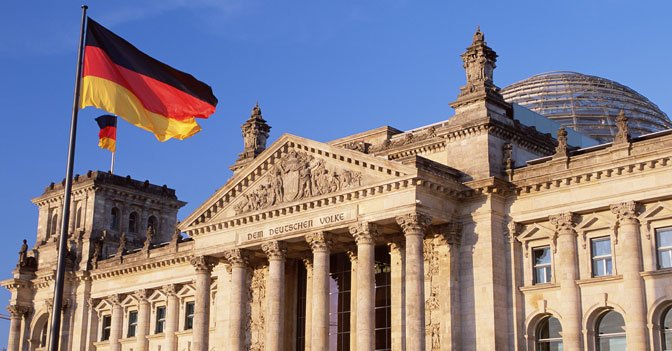 One of the arguments of the Eurosceptic crowd is that the problems of the euro are rooted in Germany having pursued “devaluation by other means” in an environment in which key partners no longer had the ability to devalue their currencies to rebalance competitive positions. For instance, leading Italian Eurosceptic Alberto Bagnai (now head of the Italian Senate’s Budget Committee) built his popularity and electoral fortune also by arguing that the euro locked-in a favorable competitive position for Germany. According to Bagnai, the euro created a situation in which Germany never has to face loss of competitiveness from revaluation. I find this interpretation unconvincing: a convenient excuse for governments that failed for decades to address the real problems of their countries.

Interdependence between trade and exchange rate policy was among the roots of the euro: Instead of derailing adoption of the single currency, the 1992-93 crisis of the European Monetary System provided the final impetus. The crisis and, for instance, the howls of protest from France and Germany that quickly followed the devaluation of the Italian lira made it clear that, as long as countries retained ability to manipulate the currency for competitive purposes, the Single Market was in jeopardy. If you want to see examples of the outcries I am referring to, you can find some in this paper that Barry Eichengreen and I wrote in 1995 (published in a 1996 book on “Monetary Reform in Europe” edited by Francisco Torres). Thus, removing the competitive devaluation option from economic interdependence among participants was a key reason for the euro. The goal was to eliminate manipulation of price competitiveness from the arsenal of national policymakers and solidify the Single Market.

Now, some sceptics argue that this did not prevent Germany from pursuing competitive devaluation in other ways, through the conduct of its fiscal policy (the “fiscal devaluation” idea), through its labor market reforms of the mid-2000s, and/or through wage moderation. Benjamin Weigert and I have written here on why we disagree with the fiscal devaluation interpretation of German fiscal policy (published in a 2018 VoxEU ebook on “Explaining Germany’s Exceptional Recovery” edited by Dalia Marin).

More generally, I think it is dangerous to identify the notion of competitive devaluation (intentional adjustment of otherwise stable exchange rate to pursue price advantage) with the primary objective of basically every economic policy that ends up affecting terms of trade. Just think about the history of devaluations: How many times did you see a country engaging in competitive devaluation of the currency telling its trade partners “You should do the same thing!”? If I devalue my currency to boost the competitiveness of my products, I sure as hell don’t want my partners to mirror my behavior and quickly wipe out any competitive advantage I might have achieved! And yet, Germany has long been telling partners “Be like us! Do the things we do.” Not exactly the suggestion you’d expect to hear from someone who (according to the accusers) took the policy actions it took in the pursuit of competitive advantage.

Notice: I am not taking issue with the observation that German economic policies had effects on terms of trade in the euro area. Nor am I denying that much better cooperation in fiscal policymaking of euro area countries would be desirable. But I strongly disagree with the narrative by at least part of the Eurosceptic crowd that the pursuit of intra-euro-area beggar-thy-neighbor relative price competitiveness (and ultimately of the resulting imbalances) was *the* objective of German policy choices. Put differently, every time a relative price moves and there is an imbalance, it took two to tango! Governments who refused for decades to take actions that would have been in their countries’ interests cannot blame those who acted for the consequences of inaction.

I think Germany should expand its fiscal policy (and should have done so already some years ago), but it should spend because the country needs an infrastructure upgrade, and the investment boost would be beneficial to Germans, not because it should correct intra-European competitive imbalances that its policies are alleged to have been designed for. (Keep in mind that most of Germany’s surplus is versus countries outside the euro. Insufficient German investment is a more important source of this surplus than any explicit pursuit of intra-euro-area price competitiveness.)

I think that partner economies would benefit from German expansion, but the main task of their governments remains to implement badly needed structural reforms and (at least) to avoid using what fiscal space they have just to seek short-term electoral consensus.

Bottom line for Italian politicians (and others): Quit blaming Germany for problems of which *you* are responsible—for your own inability and unwillingness to put your house in order! And forget the illusion that having your own currency and devaluing every few years—if not more frequently—would do that for you!

In less academic terms I’m simply asking a question: why Confindustria and the various association representing Italian entrepreneurs are not willing Italexit or Euroexit? We have mainly advantages from a common European market and the Euro, and our industry is mainly transforming imported goods.
Moreover: what could be the costs for Euroexit? It could be too heavy now to make a SWOT analysis. I can relate to COSA SUCCEDE SE USCIAMO DALL’EURO, containing some contributions from economists and coordinated by Carlo Stagnaro, IBL Libri, 2018.
Salvini’s economics (supported by Bagnai Borghi and Rinaldi) seem based on the assumption by which Europe is the only responsible of the Italian economic stagnation. As a consequence, ignoring EU limits about deficit and public debt will be a powerful engine to make a sort of take-off of our economy.
As far as I can understand, the limit on public debt is given by the market and by the ratings that express the trust and credibility of the Italian system. Salvini’s economics are based of the explosion of our deficit up 3.5%, not due to new investments aimed to improve Italian productivity, but for current expenses (Avoiding IVA automatic rise, Quota 100, Flat Tax, Salario minimo (?) etc.)
Mr. Borghi, The President of Economic Commission of the Italian Chamber of deputies, said many times in TV that he would like to eliminate the autonomy of Bankitalia. As a consequence, coming back to the Italian Liras means for our governments to have the power to print money, create inflation, and force Bankitalia tu buy government bonds.