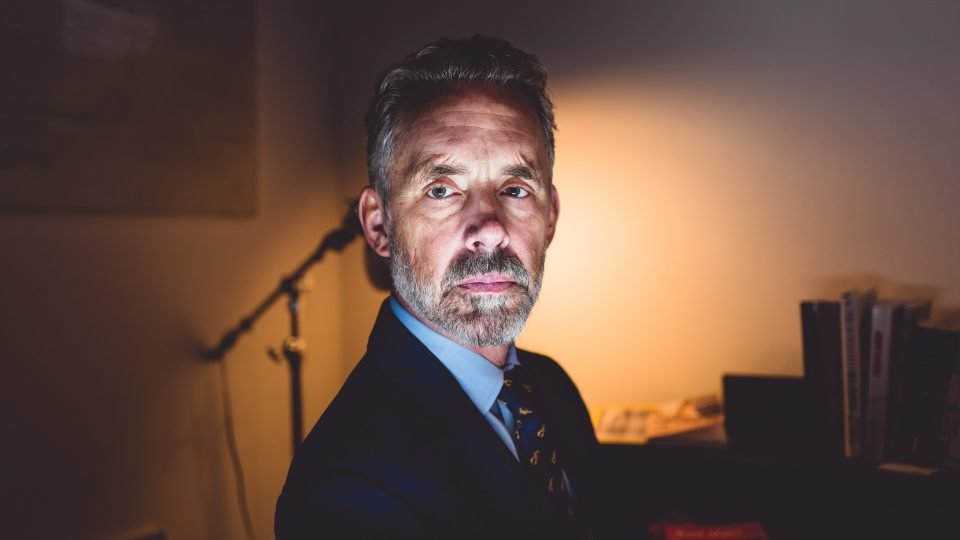 In the last years, Jordan Peterson has often been referred to as one of the most significant thinkers of our time. A very divisive figure, he has continuously attracted excessive criticisms because of his controversial positions on PC (political correctness), being pointed as an Alt-Right bishop. More prosaically, we should consider Peterson’s success as a symptom of the American public debate’s impoverishment and polarization. Neither a monster nor a revolutionary intellectual, just a sign of our bad times.

In this article, we do not intend to retrace all the biographical notions on Jordan Peterson you could easily find on the web nor illustrate his brilliant career as a clinical psychologist. Instead, we are going to devote our attention to the mediatic phenomenon more than to the person. His consecration arrived in the late 2010s as he started attracting huge attention on YouTube. Nevertheless, many media outlets, especially Canadian ones, have featured him on a wide range of topics since 2003. In 2013 Peterson opened a YouTube channel named JordanPetersonVideos, on which he uploads lectures, conferences, and an increasing number of interviews. In few years, millions of people subscribed, fueling the hype that brought the New York Times to crown him as “the most influential public intellectual in the Western world right now.” Moreover, following Peterson’s comet tail, the Wall Street Journal hailed nothing less than “the rebirth of conservatism.”

But under which wonders of thought did Jordan Peterson earn such a consideration? The Canadian scholar sets up as its own cultural landscape a composite tapestry made of notions that intersect (and often match) psychology, religion, tradition, philosophy, lifetime experiences, as well as the spiciest dish: political views. Perhaps the NYT got the point by underlining his “stern fatherly ” approach oriented to lecture young men on how to be honorable, upright, and self-disciplined; “how to grow up and take responsibility for their own lives.” Yet, among his intellectual productions, we find three books (the last one, Beyond order, just released on March 2nd, 2021) that do not contribute to the public debate with fundamental innovations. The first one, Maps of Meaning, is arguably his most ambitious and culturally relevant work, written in a precedent period, far from the media spotlight: endearing and articulate research on how people construct meaning. According to other positive psychologists, “it examines the “structure of systems of belief and the role those systems play in the regulation of emotion,” using “multiple academic fields to show that connecting myths and beliefs with science is essential to understand how people make meaningfully.” The last two books, both shaped by the formula of the 12 rules, are nothing more than passionate and well-educated self-help books, written on the long wave of his mediatic success, quickly making them bestsellers.

As we can figure just from the paragraphs above, the secret of Dr. Peterson’s influence has to be sought in his activity on the internet more than in advanced textbooks, making him, at least at first glance, a media personality and not necessarily a deep thinker. A famous preacher raised by views of his web contents more than by the selected opinions of his academic peers. In this very sense, we consider it more fruitful to spend our efforts to understand the context in which Peterson’s not-so-remarkable views flourished in the last years rather than attempting hermeneutical analyses of his ideas.

Caitlin Flanagan on The Atlantic sets up her article getting started by the impression Jordan Peterson made on his teenage son and a good handful of his friends, risen in liberal bubbles and educated through the lectures of progressive teachers often cutting out at the beginning the cases against identity politics, and being exposed to the kind of policed discourse that dominates American campuses. “The young men voted for Hillary, they called home in shock when Trump won, they talked about flipping the House, and they followed Peterson to other podcasts—to Sam Harris and Dave Rubin and Joe Rogan. What they were getting from these lectures and discussions, often lengthy and often on arcane subjects, was perhaps the only sustained argument against identity politics they had heard in their lives“.

Here we find a shortlist of commentators, sometimes labeled as IDW, intellectual dark web, a not better-specified category of opinionists claimed to oppose the “dominance of political correctness.” In this perspective, it seems that we should read Peterson’s significant following among young groups as a reaction to the asphyxiating hood of campus culture. Ironically, the fame of reactionary guru of the dark web, the brick in the intellectual wall of the Alt-Right, considerably favored the rise of Peterson in two different ways. First, it gave millions of young followers the allure of a transgressive and revolutionary wave against the leftist stereotypes they have to face on a daily routine, fueling the idea that Peterson is undergoing a progressive hysteria, considering his not so extremist positions. Second, this false narration helped him easily overcome weak arguments due to the narrow perspective that wants to make a grotesque caricature of his positions. Perhaps the most glaring example of this last point is the famous interview with Cathy Newman. The journalist repeatedly tried to strike the psychologist with empty shots, crashing ruinously against his calm and well-prepared demeanor, supported by deeper argumentations. Nevertheless, the discussion gained him millions of supporters in good faith.

Besides, we have to consider Peterson’s role as a motivator, a life coach elected as a mentor by millions of people worldwide. Through his community’s comments, it is common to stumble upon acknowledgments from people asserting that Jordan Peterson has inspired life changes and great resolutions. The reference environment of Peterson is young white men. This peculiar community lives a period of bewilderment compared to others more characterized by identity (for instance, the black community), which can easily find escapes and justifications for their lacks, failures, and difficulties. Being cemented by the sense of belonging and fighting for common causes and against similar enemies, these minorities are less subjected to one of Peterson’s focal points: nihilism. Thanks to Peterson’s lectures, many of his followers seem to find a new sense, a call to their responsibilities in a world where they feel bare and deprived of excuses through which to accept more readily the burden of life. A sort of carrot and stick approach in which they have first to be victimized (and here we find arguably the nearest contact point with the Alt-Right culture) in front of the tyranny of progressive stereotypes to be called to action and responsibility, decency and honor, thus conquering a new sense of life by overcoming the abyss of self-pity.

Anyway, we could find plenty of shaky arguments in Peterson’s assertions, plenty of logical leaps, unjustified hyperbole, and even fallacies. As written above, the purpose here is not to pass through the sieve of his intellectual production to debunk his conclusions. However, we can find a clear example of Peterson’s intellectual superficiality from his choice to debate Marxism and capitalism with Slavoj Zizek (one of the best-known Marxist intellectuals) with utterly inadequate knowledge of marxism itself. What an example of public debate (ridiculously sold by someone as the “debate of the century”) in this postmodern society, as Zizek would call it. For the past few years, we have been living a season in which public intellectuals are called to play the role of champions of their respective supporters, more than one of masters able to enlighten obscure topics. Jordan Peterson fits perfectly in these garments.

To sum up, we could point out two general lines to approach the lack of Peterson’s intellectual horizon. First of all, we have to consider separately the role of the charismatic life coach able to inspire millions of people and the unscientific figure that does not lend itself to scrupulous logical checks. Secondly, we should carefully avoid labeling as fascism everything that moves outside the progressive comfort zone: conservatism is not necessarily bigotry. By demonizing Peterson, we present him as a scapegoat on the altar of political correctness: it means wronging intellectual honesty and losing the best tools that could counter the fallacies that spoil his assertions.

Ultimately, Jordan Peterson is not the hero/villain we need but the one we deserve in today’s Western society.

In Favor of Nuclear Energy